The two tugs were used to tow coal boats, known as ‘joeys’. A tug would pull four loaded joeys, each containing 40 tonnes of coal from the coalfields of Cannock, two of the joeys would be dropped off at Stewarts & Lloyds in Bilston, Staffs and the remaining loads of coal would be hauled on to the Halesowen works.

In June 1958 Tug Number Five was purchased by British Waterways and it was given the asset number 80384. The present engine, a 3 cylinder Lister HA with a Blackstone gearbox (dated January 1959) was probably installed in the boat by British Waterways during the late 1960’s. From the mid 1970’s until 1985 it was kept on behalf of British Waterways by Charlie Atkins Junior; the son of ‘Chocolate Charlie Atkins’. Charlie Junior lived at the top of Farmers Bridge Locks in Birmingham, Warwickshire. He used the tug for maintenance jobs and moving boats. It was during this time the tug was named ‘Bittell’. Tug Number Four came to be named ‘Pacific’.

Bittell continued to be run by British Waterways until 1990, when it was acquired by the Dudley Canal Trust. During the following year the Trust improved certain aspects of the boat. The cabin was refitted, the hull was repainted in Stewarts & Lloyds Limited colours and the inside painted. In the winter of 1999 the Trust and British Waterways undertook a restoration of Bittell’s rear counter, which had become very rotten. A few months later the old cabin was also renewed. By 2001 the new cabin was complete and the boat was returned to the water. Early 2005 saw further maintenance when the foredeck woodwork was replaced and Bittell was repainted in a reproduction of Stewarts & Lloyds original livery.

Sagitta is a Grand Union Star Class boat, built in 1935 by Yarwoods of Northwich on the River Weaver at 71′ 6″ long, 7 foot beam and 3 foot draught. Its original butty Serpens was built at the same time.

The original engine was a Russell Newbury DM 2 (it now has a twin cylinder HR Lister 29.5 hp @ 2200 rpm with a Blackstone Gearbox).

The boat was delivered to the Grand Union Canal Carrying Company Limited, on the 20th June 1935. Its fleet number was 80. A mister Fredrick Webster was put in charge as master of the boat. Sagitta was registered at Brentford on the 3rd September 1935 with a registration number 526.

On the 14th September 1944 Sagitta was not listed as being active in the G.U.C.C.Co Ltd Fleet and in February 1944 she had been reported on being moored for some time at Stockley Dock, upon close investigation the boat was found to be in poor state and partly sunk, with no engine.

1st January 1948, the whole fleet of boats registered with the G.U.C.C.Co Ltd were Nationalised. This is where British Waterways (South Eastern Division) took over Sagitta and possibility fitted the twin cylinder Lister engine. The livery was also changed into the blue & yellow of British Waterways.

During the 1960’s Bill Littler and his wife lived and worked on Sagitta delivering coal and other cargoes, then in 1974 Sagitta went into the British Waterways Maintenance Fleet where she would be used for delivering cargoes of pilings up and down the Shropshire Union Canal. The boat could be seen moored at Norbury Junction. In 1982 Sagitta was laid up again, in the Wides at Nantwich where it was put up for sale.

In 1991 Sagitta was taken over by Staffordshire County Council who spent a lot of money converting the hold of the boat into a floating class room. The engine was also moved back to allow enough room to build a working boatmans cabin. The boat was also repainted. Sagitta was then paired up with the butty Carina. Both boats went to events around the Staffordshire Canals where school children were educated on water safety and the history of the canal system.

Around 2003 British Waterways took over the boat, where some more steelwork was carried out and another paint job put the boat back into the Blue & Yellow BW Livery. It went into their Heritage Fleet where the “Friends of the Working Boats” moved Sagitta around to events on the BCN.

On 25th June 2009 Dudley Canal Trust took control of the boat with the intention to take Sagitta to canal rallies around England promoting the History of Dudley Canal Trust and its boat trips into Dudley Tunnel and the Limestone Caverns.

Sagitta is Latin for arrow – Sagittarius is the bow. 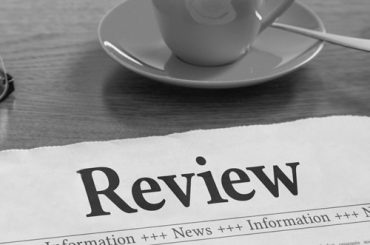 Archives
About the Charity