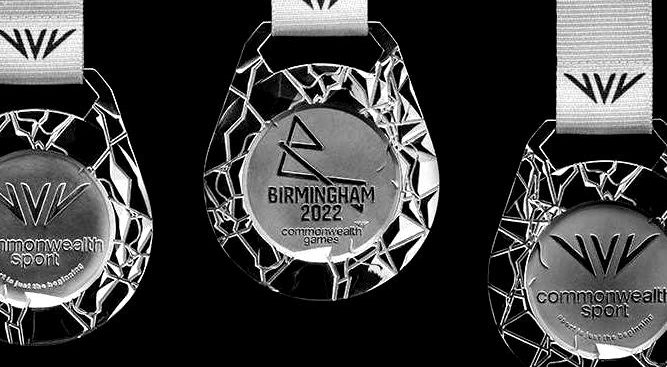 Dudley Canal and Tunnel Trust were very proud to be asked to be part of the ceremony to launch the Commonwealth Games medals which have been designed by students from the Birmingham School of Jewellery.

Our skippers were very excited to be asked by Canal and River Trust and Birmingham 2022 to take “George” our accessible canal boat to Birmingham for the unveiling of the official medals which have been designed for this year’s Commonwealth Games.

As the canals of Birmingham feature in the design of the medals, ribbon and boxes it was only fitting that our boat was able to carry the designers and their medals to the unveiling ceremony on 4th May 2022.

Later there was an opportunity to welcome para athletes Hannah Cockcroft and Nathan Maguire aboard and our skippers really appreciated having the opportunity to talk with them and be inspired by their excitement for the coming games. Seven-time Paralympic champion Hannah Cockroft will be aiming to compete in her first Commonwealth Games when they begin on 28 July with eight para-sports included among the events.

“Now that I have seen how beautiful the medals are, I’m even more focused on winning one this summer,” she said.  The medals will be presented at the victory ceremonies at all 15 of the Birmingham 2022 official competition venues which in turn will see 286 sessions of sports on offer during the Games.